There will be minor spoilers for Goblin Slayer ahead

Sparking some controversy after its first episode, Goblin Slayer was a very popular show while it was airing. Even when competing alongside shows like Bunny Girl Senpai or Slime Isekai, it was able to achieve plenty of popularity during the Fall 2018 season. But how does it compare to either of these shows? Is it any good?

Goblin Slayer is a pretty simple anime. It features our main character, Goblin Slayer, slaying goblins. When Goblin Slayer was a child, his village was raided by goblins, and he had to watch his loved ones die before them. From that day onward, he’s devoted himself to killing any goblin he can find. Luckily for him, he can make a living doing so.

There’s an adventurer’s guild near his village where Goblin Slayer can pick up requests to defeat goblins. While he does get paid, the pay isn’t great, so no other adventurer really goes goblin hunting. To help him with these quests, he is accompanied by a Priestess, and eventually an Elf, Dwarf, and a Lizard. Once this new party is formed, what do they do? Why, they hunt more goblins of course.

Before I started Goblin Slayer, I was interested to see what they would do with a dark fantasy show. As I mentioned before, early on it was controversial due to some graphic imagery shown in the first episode. However, the show felt rather generic at times instead. Despite there being a darker tone and setting being built up, I never felt like there was a genuine sense of danger. Goblins really aren’t that strong of an enemy, and it was pretty obvious all important characters would be just fine.

What further plays up the generic aspect of the show is how Goblin Slayer could have a harem if he wants to. People like him because… he’s cool? He expresses little to no emotion throughout the entire show along with his appearance being hidden, and yet most girls in the show like him.

The animation was filled with awkward CGI at times, and overall felt pretty boring. There’s a lot you can do to make a fantasy setting visually interesting, but I don’t think Goblin Slayer really does any of that. Most of the settings are dull and not pleasing to look at. The soundtrack was fine for the most part but not super memorable either.

At some point it really became a struggle for me to finish Goblin Slayer. It felt like any other uninspired fantasy anime but this time with the edge turned up a ton. The whole time the show was playing, I just wished I was watching or reading Berserk instead. Because of this, I give the show a 4/10. 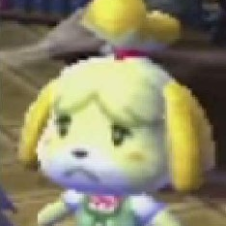